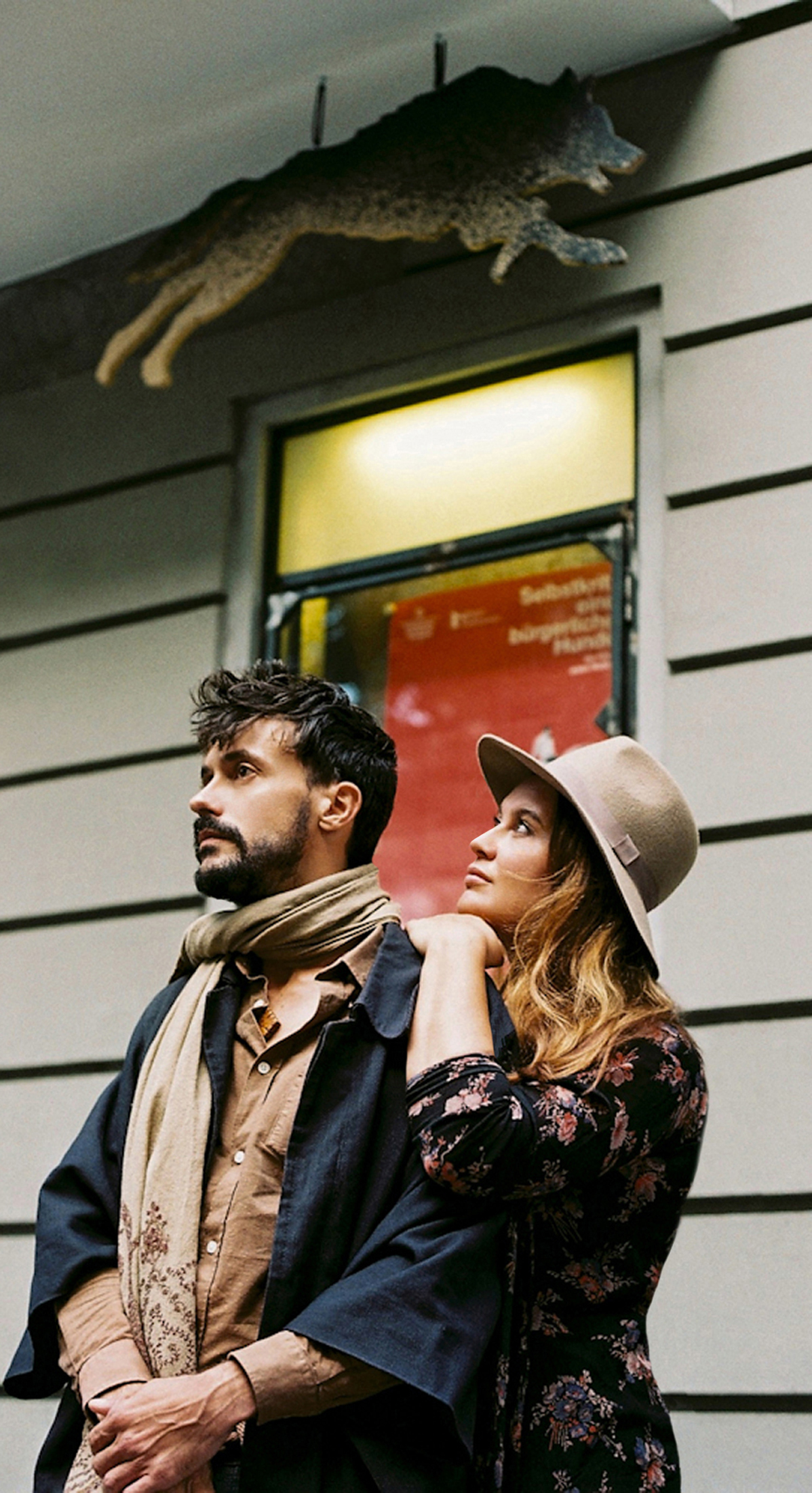 Priscilla Telmon & Mathieu 'Moon' Saura are a collaborating artist duo working as independent filmmakers and sound-explorers. Through their collection “Petites Planetes”, they are passionate about the fields of music, anthropology and the sacred in the world. Their practice combines ethnographic experimental films, music recordings, performances, immersive installations, curation and photographic works based on material collected from their numerous travels. A poetic exploration at the heart of sacred music, contemporary rites, and art as care. They notably produced "Híbridos, the Spirits of Brazil" which required 5 years of exploration, which they exhibited from MoMA in New York to the Barbican in London.

Filmmaker, photographer and writer, member of the Society of French Explorers, since 1999, she dedicated herself to long trips combining history and adventure, paying homage to the wisdom tradition and mystery of the cultures she visited. Her passion for the exploration of ancient cultures led Telmon to direct films and documentaries, to write books and articles and to collaborate with TV Channels, radios and museums.

Not least, she published ‘La Chevauchée des Steppes’ (Ed. Robert Laffont) with the writer Sylvain Tesson, -on their 6 months adventure on horseback from Kazakhstan to the Aral Sea. She also published ‘Himalayas’ (Ed.Actes Sud) and directed the feature film ‘Voyage au Tibet Interdit’ (MK2) on her expedition alone, by foot through the Himalayas during 7 months, following the steps of French explorer Alexandra David Neel.

From the teachings received of the elders and shamans around the world, she developed a practice of sacred and intuitive songs based on the shared knowledge that everything, visible or invisible, is vibration, is the foundation of an ancient science and practice of healing through music.

Mathieu 'Moon' Saura, otherwise known as 'Vincent Moon', is an independent filmmaker and sound explorer from Paris. Since 2009 he has been traveling the world making ethnographic-experimental films, recording traditional and sacred music, filming religious and shamanic rituals under the label Petites Planètes. His work now explores transcendent states using images and sounds, as well as the ritualistic aspects of societies and communities.

Moon rose to prominence in the mid 2000s as the main director of La Blogothèque's Take Away Shows. The web-based project of recording musicians and bands performing their work in unexpected locations led Moon to be dubbed 'the re-inventor of the music video' by the New York Times.

Throughout his career, he has been strongly connected to musicians from all backgrounds and walks of life. He has documented everything from stadium rock music to a capella village songs, from experimentations in electronics to trance rituals. He makes all his work - films and sound recordings - accessible to everybody on the internet, under open source licenses.